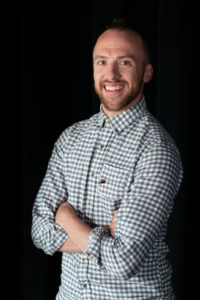 “As a Colorado Springs native, I had the amazing good fortune to benefit from the generosity of the Dance Theatre. They made possible some of the important experiences of my early dance history. I am a product of this community and the richness of the Springs’ dance heritage resides close to my heart. I am inspired to usher Dance Theatre into this new chapter” 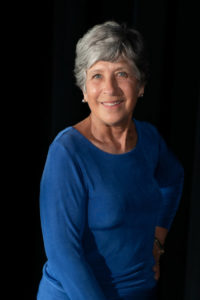 Emily Murawski donned her first ballet slipper as a 4-year old and has had a love of dance since that moment. Although she found her calling elsewhere, in a classroom of young children, Emily has continued to attend dance performances in many places her husband’s AF career took them.  As a long-time CSDT supporter she has been a volunteer, donor, board member, grant writer, and now President of the Board.  She’s honored to be serving in such a venerable organization in a time of exciting change.

“Throughout our history, we have been able to showcase some of the finest world-class dance forms, as well as varied master classes for young dancers throughout the region, and our upcoming season is proving to be one of the most exciting to date. New this year is our 1st annual local choreography festival, Ascend, a program designed to cultivate dance creation in the Pikes Peak region. We’re also expanding our education and outreach initiatives with Pivot, a program that reduces the hardships of getting regional youth to professional dance performances by offering free transportation and significantly reduced ticket prices.”

Beth has enjoyed dance since her mother introduced her to it in Kansas City at age four. Following her dad’s career moves meant a few studios, culminating in an Afro-Caribbeandance company in Colorado Springs as a young adult. After completing degrees in education, the challenge of giving underserved children a performing arts experience became a goal. She began the Kids in Motion program as an after-school activity in 1977, and today continues this work enriching the students with CS Dance Theatre tickets to professional performances. It has been a pleasure to work as an officer with the talented Board members of Dance Theatre. She is excited about the upcoming new initiatives!

“As we reflect on a truly successful 42nd season, I want to express my sincere appreciation for the bedrock support we’ve received this year.  The Colorado Springs Dance Theatre is nothing without your devotion and generosity.” 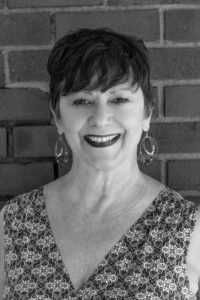 Ms. McClenahan (Vice President) is the Service Learning Coordinator and Community Liaison for CIVA Charter High School. When not at CIVA, Ms. McClenahan is the Program Director for Kaleidoscope Arts Project, a dance and theatre program of Imagination Celebration as well at the Artistic Director of Kaleidoscope Dance Project, a semi-professional dance company showcasing the Pikes Peak region’s premiere dancers. In 2009, Ms. McClenahan helped to create the What If Festival of Innovation which is celebrating it’s tenth year and now reaches more than 30,000 visitors to the Pikes Peak region! Ms. McClenahan is also on the Board of the Colorado Springs Children’s Chorale (she is also their choreographer) and helps plan and create the Arts and Business Education Consortium Luncheon. With more than forty years of stage experience as a performer, choreographer and director Ms. McClenahan is thrilled to be a part of the Colorado Springs Dance Theater. 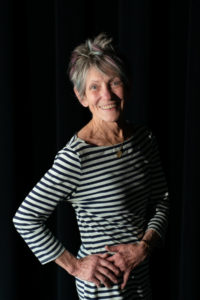 I grew up in this town and started dancing as a young child.   Dance has been and continues to be an exhilarating and joyful part of my life.  It enhances me physically, spiritually and is incorporated into my professional life as well. I have been a Dance Theatre of Colorado Springs supporter since the first performance in 1977.  CSDT is an integral part of our city’s fine arts culture. It has been instrumental in providing opportunities for many young people to expand their dance training and for others to develop an appreciation for a variety of dance genres.

We are excited about new adventures in this next and future years.

Board Members at Large